Montreal's Revamped Planetarium Worth a Visit

Just because your dad teaches physics and writes science articles as a hobby doesn't necessarily mean that he will take you on a field trip to a planetarium - but it certainly does increase the odds.  I took my four-year-old to Montreal's relocated Planetarium this past weekend and would recommend it to others.

When I look at other fellow engineers, there is one trait that we tend to share besides the obvious ones (affinity for Star Wars, unwarranted big egos, etc): lots of extra-curricular activities.  Most engineers that I know play in a sports league and are involved in multiple projects outside of their actual profession.

I play on a soccer team, drum in bands from time to time, and manage this blog.  Well, I now do something else - this week I was asked to be the new Chief Technical Editor of Climb, the Space Elevator Journal affiliated with ISEC (the International Space Elevator Consortium). 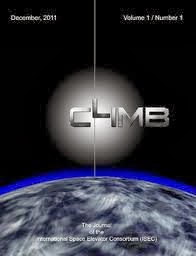 Orienteering is all About Finding Your Way

As a thirty-one-year old, it is refreshing to do something for the first time.  Such was the case last weekend when I went orienteering with my family at a large green space near my home.

For the uninitiated, orienteering is a sport whereby individuals or teams locate 'x' number of checkpoints in a specific order in an open space in as little time as possible equipped with only a map and a compass.

Groups of people of all levels of experience showed up last week: there were four levels of maps and corresponding checkpoints ranging from 'first-timers' to 'advanced'.  Much like the 'spice level' I that I tend to select at an Indian restaurant, we chose level 1.  It was easy to identify the level 4 orienteers - they were the ones popping in and out of thick forest as though the trees and bushes were not there (they were also the ones sweating). 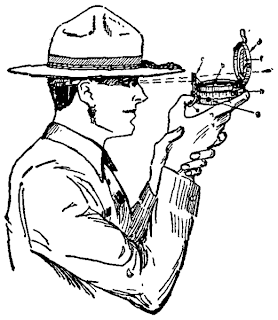 If you want to be a bad-ass orienteer, you need a bad-ass hat

Homogeneity is Overrated: the PQ can Keep Their Charter

I am so sick and tired of the elected leaders of this province I live in called Quebec.  Today, the leaders of the Parti Quebecois (PQ) have put forth a Charter of Secularism which, among other things, forbids public servants from wearing religious garb while performing their duties.  As an educator at the college level, I am a public servant, and though I almost never wear a kippa in my day to day life, I don't see what business it is of this provincial government if I should decide to do so one day.

The minister in charge of what I would call the charter of division, Bernard Drainville, defends the proposed changes to civil servant dress code as follows: "If the state is neutral, those working for the state should be equally neutral in their image."

When one sports a religious symbol, one's capacity to perform one's duties is undiminished.  If the population is so offended by workers wearing such symbols, then what they need is a lesson in tolerance; they do not need legislation that reinforces such xenophobia.

When I look at the richness of the matter that is around us, I see heterogeneity.  I see hundreds of different kinds of atoms that intermingle in countless ways, forming compounds, each exhibiting unique properties.  The diversity of matter can serve as a model for society.  It saddens me that Pauline Marois, Quebec's Premier, sees multiculturalism as a threat to her Quebecois ether.

I want to live in a society where one's belief system is outside state jurisdiction.  Those behind this charter would likely deem it to be progressive, but it is clearly regressive.  It's aim is unmistakable: to make those whose heritage is not Quebec feel unwelcome.

I could rant on and on about this, but I need to prepare a lecture on mixtures.  As a civil servant, I will fulfill my duty, and focus only on homogeneous ones.


Posted by The Engineer at 4:37 PM No comments:

Sir Isaac Newton famously expressed that in order to make his numerous contributions to science, he stood on the shoulders of giants.  This seems to be a modest claim given the huge individual leaps of intellect he made.  A book that I recently read, "The Man who Discovered Flight: George Cayley and the First Airplane," by Richard Dee, had me thinking about the notion of how we are always continuing the work of our predecessors.

When any of us think about the first airplane, we invariably think of the Wright Brothers and their historic achievement; few have ever even heard of George Cayley.  Cayley's contributions to aviation were numerous, but they preceded the Wright Brothers' flight by about a century.  Consider this excerpt from Dee's book:

"Within the course of six scribbled pages in his notebook, Cayley had shown that man-made flight by wing was a theoretical possibility, but practically, with engineering constraints as they were at the time, it was a non-starter.  So having discovered that it could happen and then almost immediately proving that it couldn't happen yet, what next?"