Welcome to my classroom.

To understand the behaviour of the world around us through observation and reason - this is the ambitious goal of science in general, and physics in particular.  At The Engineer's Pulse, the aim is to educate, entertain, and ultimately inspire visitors, whether they have a limited scientific background, are currently studying science in college, or are longtime science enthusiasts looking to explore the crossroads between science and life.

The Engineer's Pulse is a place where all are invited to read about and comment on science and engineering topics.  Established in October, 2010, this blog aims to dispel the myth that science is scary or intimidating by keeping discussions relevant and accessible to all.

My teaching philosophy is simple.  I do not try to take information from my brain and deliver it to my students' brain.  Content is best shared with the heart of the eager student.  I try to transmit first to the heart, and then to the brain.  I find that the teaching lands better this way; the emotional connection spawns deep learning.  This blog is a microcosm of my classroom.

I hope the articles posted here help to clarify complex topics in science and engineering, while stimulating a discussion on how we are affected by them.  The scientific term, "pulse", describes a transmission of information.  The title of this blog also serves as a reminder that scientists and engineers do in fact have a pulse: the stereotype of a nerd in a lab coat who does not interact with other people is a dated one.  Today's scientists and engineers still play a major role in shaping our rapidly evolving world, but now more than ever before require the ability to explain how they do it.

Stephen Cohen earned his Bachelor’s (2004) and Master’s (2006) Degrees in Mechanical Engineering at McGill University.  His thesis was the first-ever complete assessment of the fundamental mechanical behaviour of a space elevator, and he has published several scientific papers on the topic.  He worked at MDA Space as a Structural Engineer, where he helped to design space antenna payloads to survive the rigours of space launch and the orbital environment. 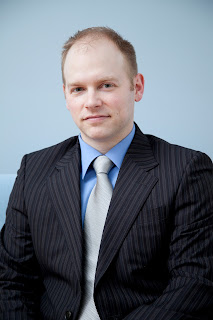 His enthusiasm for science and teaching as well as his passion for writing and public speaking led him to modify the direction of his career.  In 2010, he began working as a Physics Professor at Vanier College.  He was the Co-recipient of a National Ken Spencer Award for Innovation in Teaching in 2018, for helping to shape the Art in Science Project.  He is currently invested in two major projects:

(2) Publishing his first popular science book, Getting Physics: Nature's Laws as a Guide to Life.

Stephen lives with his wife and children in Montreal, Quebec.