I have outlined one way to solve the 'Square Circle' puzzle originally posed in my last post.

Before jumping into the solution, I want to share the origins of the bizarre expression used frequently in the worlds of boxing and wrestling.  In short, boxing rings were circular centuries ago.  In 1838, the first square ring was introduced (thanks Wikipedia!).  So, despite the fact that modern boxing rings are square, they are often referred to as square circles for historical reasons.

Now, what ratio of the identical areas of concentric square and circle shapes is shared?  One straight forward method is shown below: 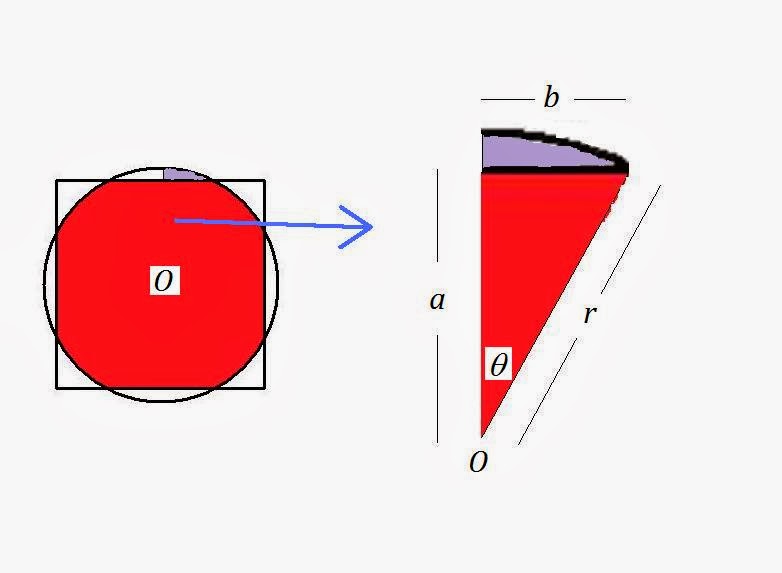 Read more »
Posted by The Engineer at 1:11 PM No comments:

On occasion, I watch televised boxing.  It motivates me to exercise, because the two guys in the ring are often lighter than me and could kick my butt.  Last week, as I watched two sweaty guys with twisted noses and not an ounce of fat try to beat the snot out of the other guy, the commentator referred to the boxing ring as the 'square circle'.  Now, I've heard this expression before, but never considered just how ridiculous an expression it is.  I mean, to me, it's a square.

Though the expression is odd, it caused me to stop focusing on the bout in the ring, and instead on the fun little geometry problem I concocted in the corner of my brain that loves math.  Can you solve this puzzle?

Consider two shapes, one a square, the other a circle.  Both shapes have the same area, individually.  When the shapes are concentric, what ratio of their areas overlap (are shared)? 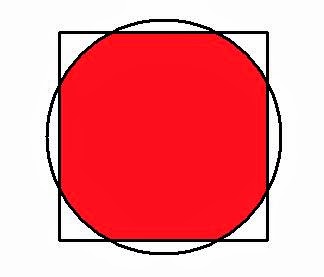 The red portion of the concentric shapes is shared

This is the sort of math problem I really enjoy: no numbers, as pure as can be.  Whatever the answer, it is independent of the size of the shapes.

I have yet to sit down and attempt to solve the problem, but my gut feeling is that there are many ways to go about it.  The 'obvious' way would be to use integration, but that seems hard due to the discontinuity.  Which kind of coordinates would be best, polar or rectangular?  I believe this can instead be solved without Calculus.  Pythagorean level math should suffice.  Again, that's just my gut feeling.

I will try to solve this without Calculus, and put up the solution to this (Part 2) within a couple of weeks.  Give it your best shot.  Oh, and if anyone knows the origin of the ridiculous 'square circle' expression, please leave it in a comment.