There was a time when, in my view, the subject of this article would have seemed too trivial to bother with – how naive I was.  Thanks in large part to misinformation campaigns by oil pushers, the public at large remains grossly oblivious to climate change issues.

When false science permeates the media it leads to confusion among many, which can lead to frustration on their part.  The long-term consequence of misinformation is an apathetic society.  Apathy is a sad but accurate description of how a large proportion of the North American population feel about climate change.

The electric car on its own is not really a green solution.  Traditional gas-guzzling cars have internal combustion engines that convert fossil fuels into energy to power them, while outputting significant amounts of carbon dioxide into the atmosphere in the process.  Carbon dioxide is a greenhouse gas, so-named because it transforms the Earth’s surface into a greenhouse, trapping sunlight in, and gradually causing the surface temperature to increase.

What many fail to recognize is that an electric car, which requires no fuel, does require electrical energy; the first law of thermodynamics stipulates that the energy must come from somewhere.  Electric car batteries are charged by plugging them into the local electrical grid, like a cell phone battery.  The big question is then what powers your grid?  Globally, the answer is fossil fuels 70% of the time.  If you live in an area that is powered by coal for example, you are no further ahead environmentally by swapping for an electric vehicle.  You are simply diverting the CO2 spewing from your car engine to your local power plant.

On the other hand, if you live in an area that gets its power from a non-fossil fuel source (nuclear, hydro, solar, wind...), then you are indeed reducing your carbon footprint effectively.  If you are in this 30% minority, you should commend your government for it.  If we are serious about curbing our carbon output, then as electric cars are phased onto our roads, fossil fuels must be phased out of energy production.
Read more »
Posted by The Engineer at 7:00 PM 4 comments:

Are we Just Bags of Chemicals?

About two decades ago, I was taking the train home with a friend who looked at me, and asked a very direct question.  He said, "Steve, am I just a bag of chemicals?"  This friend was at the start of his studies at Medical School, so it is a reasonable thing to wonder.  Actually, it is a reasonable thing for any one of us to wonder.  His question struck me so hard that it never really left my brain.

What am I?  There are many ways to answer this philosophical question, but let us take a scientific approach.

The universe is composed of indivisible building blocks.  An electron is one example of such a building block, and physicists today seek to find other yet unknown examples of such particles.  All matter in the universe is composed of atoms, which are composed of the aforementioned subatomic particles.  The over one hundred known elements (kinds of atoms) all originate in stars, where extremely high energy collisions occur between atoms.  These collisions cause atoms to fuse together to form bigger ones in a nuclear process known as fusion. 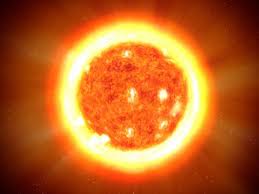 Ninety nine percent of the fusion reactions in stars involve hydrogen and helium.  But, if not for the remaining 1% of collisions, which fill in the periodic table, there would of course be no carbon, and then, no organic matter, and no life.  Life is an unlikely and bewildering occurrence in so many ways.

Chemicals are combinations of atoms that have bonded together.  While there are only about one hundred known elements, there are millions of known chemicals, each with specific properties.

A person is an organism, which is composed of many systems, which are collections of organs, made up of tissues, which consist of cells.  The biological building blocks of a person are cells.  While cells are living matter, they are matter just the same; cells are made up of the atoms, whose origins lie not in the heavens, but in the stars.  I can thus state with no ounce of trepidation that I am composed entirely of atoms that were once upon a time within a star.  What a privilege it is to be alive at a time in history when I get to know that.
Read more »
Posted by The Engineer at 11:08 AM 3 comments:

I read Stephen Hawking’s most recent book, “The Grand Design” (co-authored by Leonard Mlodinow), and highly recommend it, particularly to those who have never read a Hawking non-fiction before.  My only negative comment is that the book is short.  Even a slow reader like me can complete it in just a few hours.  Hawking, the rock-star physicist that he is, always leaves me wanting more.
“The Grand Design” was not well-received by religious groups, as it points out that God is not necessary for the universe to exist.  This comes as no surprise, as religious groups are particularly displeased whenever arguments are based on observation and reason. 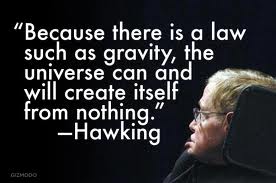