The Ins and Outs of Control

Control is a major branch of engineering, but one that rarely gets much credit, bowing to more popular fields like robotics and computers, both of which play important roles within many control systems.  Contrary to what the title for this article might suggest, my intention is not to communicate an in-depth understanding of the details of control theory.  My aim is to provide an introduction of what control systems are, and how they work.  But I just couldn’t resist the title, because as we will soon see, control is all about inputs and outputs.
These days, people want devices they can control.  However, we tend to ignore the fact that the actual control of such systems takes place behind the scenes, in a control box.  The systems that people interact with are autonomous – the user inputs the desired output, and the control system takes care of the rest.
Whether the system in question is the cruise control of a car or the heating of a home, the only parameter that users can manipulate is the input.  For the car, the input is the desired velocity to cruise at, and for the home, it is the desired air temperature.
The control of a given system can be broken down into three parts: input, transfer function, and output.  The input is what the user wants the controlled parameter to be while the output is its current value.  The transfer function is the guts of the control system, which aims to make the output equal to the input.  The output is recorded by some kind of sensor.
Read more »
Posted by The Engineer at 11:25 AM No comments:

Immobility in an Over-Constrained System

The most enduring quote in the fiction, Life of Pi, is perhaps: “To choose doubt as a philosophy of life is akin to choosing immobility as a means of transportation.”  There are many things that render us immobile in a philosophical sense.  Perhaps the most prevalent reason why people give up is because they are simply overwhelmed.

There is way too much to try and get right in this day and age.  You need to take care of your kids and/or parents, your significant other, and of course, yourself.  You need to exercise enough, eat right, maintain good hygiene, work, pay taxes, and get vaccinated (not necessarily in that order).  It is also recommended that you find a hobby, spend time with friends, and get involved in your community.  If you are a parent, the to-do list is compounded by things like hockey practice and meet-the-teacher night.  We sign up for so much in life, and then struggle to meet the demands they entail.

Engineering projects can find themselves in a predicament similar to that of overwhelmed people.  When constraints in a project begin to press up against one another, the engineer caught in the middle tends to feel suffocated.  The typical reaction to this is usually the most dangerous one: the engineer is rendered immobile.  I have been caught together with a team of engineers in a scenario of this type, and learned a very valuable lesson from it: indecision is in fact worse than a wrong decision. 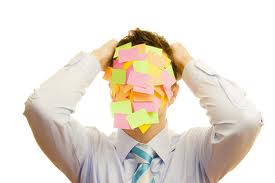 Read more »
Posted by The Engineer at 3:14 PM No comments:

The Mechanics of Sports Injuries

“Oh crap!!!” is the first thought that runs through your head as you lay on the field/ice/court in excruciating pain immediately following a sports injury.  Whether it is an ankle sprain in soccer, a dislocated shoulder in football, or a broken wrist in basketball, sports-related injuries are painful and frustrating, but unfortunately, inevitable. 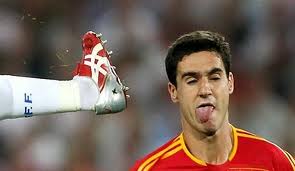 The second thought that runs through the injured athlete’s head is, “I wish I could take the last moment back.”  It is an appropriate thought to have, as whenever a collision occurs, the severity of the injury is dependent on just how short the duration of the collision was.  Although impacts in sport between two athletes appear instantaneous, there is actually a small amount of time over which they take place, which we will refer to as dt.
Read more »
Posted by The Engineer at 8:53 PM 9 comments:

It was not that long ago that I was a science student applying to an undergraduate Mechanical Engineering program at McGill University.  In hindsight, I really did not know much about the profession of engineering at the time, and it is not hard to see why.  Introductory physics courses can give a student the impression that engineers spend their mornings drawing free body diagrams, and their afternoons predicting the accelerations of blocks sliding down a smooth inclined plane.

There is a lot to know about physics, and early on, a great deal of time must be spent learning theory, and applying it to solve simple problems.  As such, a student cannot be faulted for thinking that a few equations, pencil and paper, and a calculator, are all the tools necessary to complete real world engineering problems.

In real life, when one is designing anything from a bridge to a car, today’s engineering problems are solved with two overlapping methods.  The first method is analytical, and the second is numerical.
The analytical method is similar to the approach taught in science courses.  The complex problem is simplified via good approximations – it is transformed into something that can be solved with a pencil and paper.  Problem solving of this sort gives the engineer a rough estimate of what the result might look like in the end.  It gives a sense of direction for where the design might be headed; it is sometimes called a ‘first cut’, or an ‘order of magnitude solution’.
However, the majority of an engineer’s problem solving time is spent using numerical methods imbedded in virtual tools.  There are many software tools for every field of engineering that allow the user to solve very complex problems with a high degree of precision.  At the click of the mouse, a simulation calling on some governing equations of physics can be run on whatever design you have fed to the software in whatever environment you desire.  Want a picture of the stress distribution in the body of a roller coaster car as it travels along a track?  There is a virtual tool for that.  Want to see the temperature distribution within a satellite as it orbits the Earth?  There is a virtual tool for that too.
Read more »
Posted by The Engineer at 12:05 PM 2 comments:

Not All Engineers Are Handy

I am an engineer, and I am not handy.
If you are the accountant in your family, you probably get financial questions from your friends and family members – particularly around tax season.  If you are the doctor in the family, you are probably inundated with medical questions from aging parents or in-laws, hoping to save themselves a trip to the clinic.  Although talking shop when not at work can be annoying, it is nice to be able to help family and friends by sharing your expertise with them.
If you are an engineer, you may receive a call from time to time from a friend when something of theirs breaks.  Engineers like to talk shop; unlike the doctor or accountant, engineers are excited that someone has taken an interest in what they do.
The thing is, not all engineers are endowed with practical abilities.
There are two sides to engineering: theory and practice.  Most of University is spent acquiring theoretical knowledge.  Mechanical engineers, for example, take many math, mechanics, thermodynamics, and fluids courses.  Very little time is spent educating engineers on how to apply their knowledge in a “hands-on” kind of way.  They may do projects in heat transfer where they design the optimal spacing of a double window pane for a given winter climate, but they will not be required to install the window.
Read more »
Posted by The Engineer at 12:05 PM 4 comments:

The 2005 film, Crash, won an Oscar for “Best Picture”, and is one of my favourite dramas.  The movie follows several characters that are involved in negative interactions fuelled by racial differences and hate.

Watching these intense situations play out in fiction is thought-provoking.  However, experiencing such conflicts first-hand is often very stressful.  One-on-one confrontations between strangers, colleagues, friends, and, worst of all, family members, can be extremely detrimental to one’s personal equilibrium.

A person is like a particle moving along through space – if left to one’s own devices, one will continue along pleasantly, unaffected.  This is predicted by Newton’s first law of motion, which says that an object in motion will only change velocity if a non-zero net external force acts on it.  One way to think of Newton’s first law is that life would be dull if we just kept to ourselves.  Going through life with constant velocity is no fun; human contact makes for a far more interesting journey.

One of the characters in Crash goes so far as to suggest that people seek out conflicts because they are bored or lonely – as though colliding into one another is a mechanism that people use to confirm they are still alive.

A life that is completely devoid of conflict is boring.  On the other hand, a life that is filled with destructive interactions is too stressful.

Like particles moving through space, or cars driving on the road, people moving through life will inevitably collide with one another.  Usually, these collisions are positive, like a friendly hello from a neighbour.  Sometimes, however, people collide in an explosive manner, like when colleagues disrespect one another.